My role
I have been leading the design process of the Outlay iOS/Android app, web app as well as landing page all the way from the sketching and prototyping phase to designing the interfaces pixel by pixel. This was a team project, but I worked on the full design from sketching to production alone while other team members was responsible for the development and project management of the project.‍

About the client
Outlay turns your expense management digital, making your company go paperless and get rid of expense-clutter.

With the free Outlay app, users can snap photos of your receipts and invoices using your smartphone, add information, and send them straight to your Outlay accountants.

View the app in the App Store > 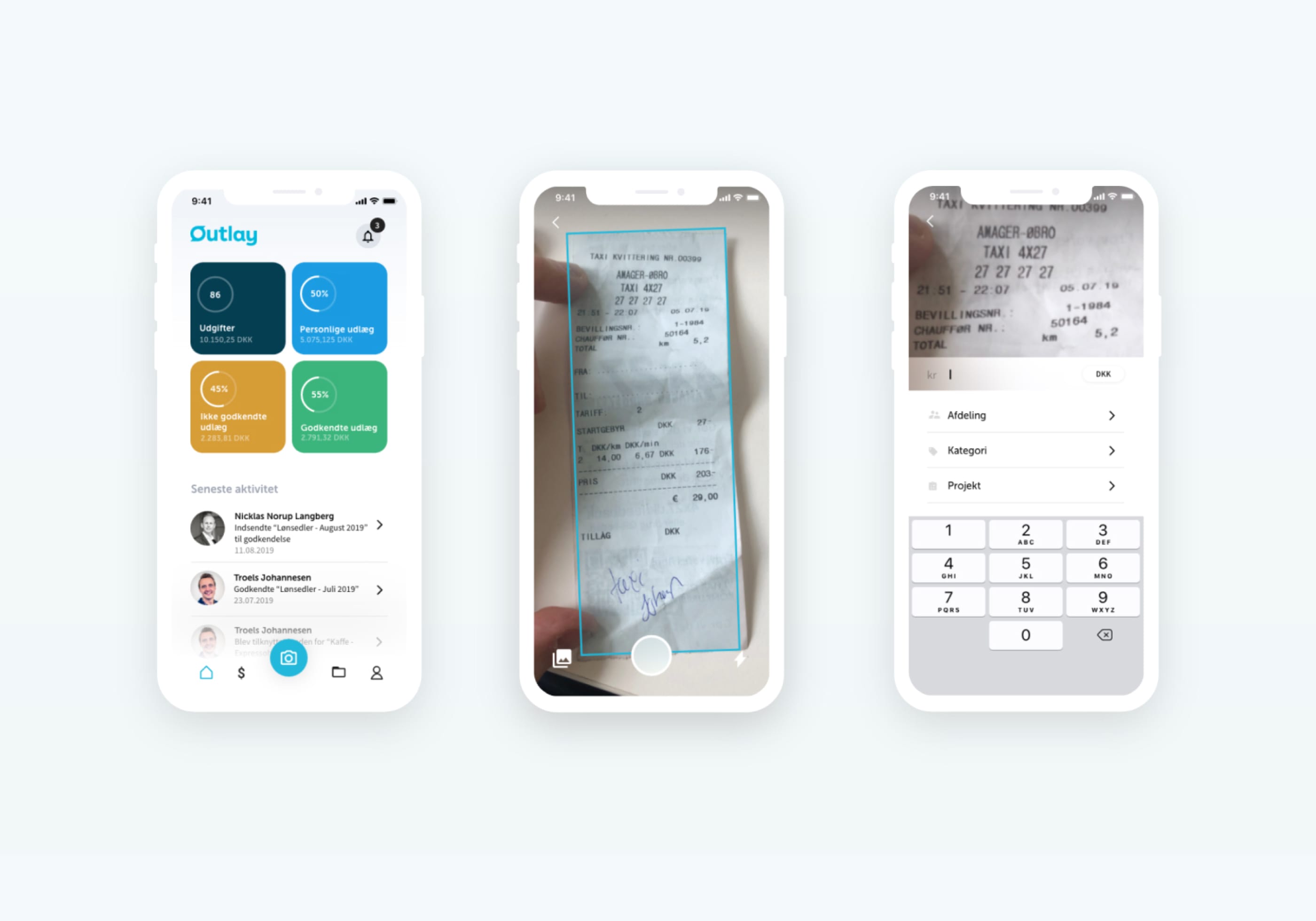 Through the redesign of Outlay, my focus has been on modernising the interface to give it a visual lift, but more importantly, to simplify and rethink the user flow of the product.

Rethinking the UX
A major part of the project has been based on rethinking all the user flows from how the flow of scanning a receipt and adding it to the app as well as how to approve outlays.

The results
Through an agile process, I have redesigned the old Outlay app and web application to meet contemporary standards for a good user experience. Other than brushing up the entire user interface, I have also implemented various new features in the design, such as a camera scanning feature which automatically detects the receipt from the smartphone camera and crops an image out of it, to ultimately create a better experience for the users.

The project ended up in more than 100+ screens of UI design, which were then implemented by the rest of the team, while I was giving continuous feedback on the implementation to ensure that what was built aligned with the design.

About the app
The user opens the app and clicks on the, intentionally highlighted, the camera icon from the navigation menu. The user then takes a picture of the receipt for their expense with the use of their smartphone and adds simple details, relevant for the Outlay accountant.

Once the details have been approved, the user sends the expense for approval. The accountant or responsible person at the company will then receive a notification, asking them to review the expense, before sending it to an Outlay accountant that will finally manage the expense in the company’s finances. 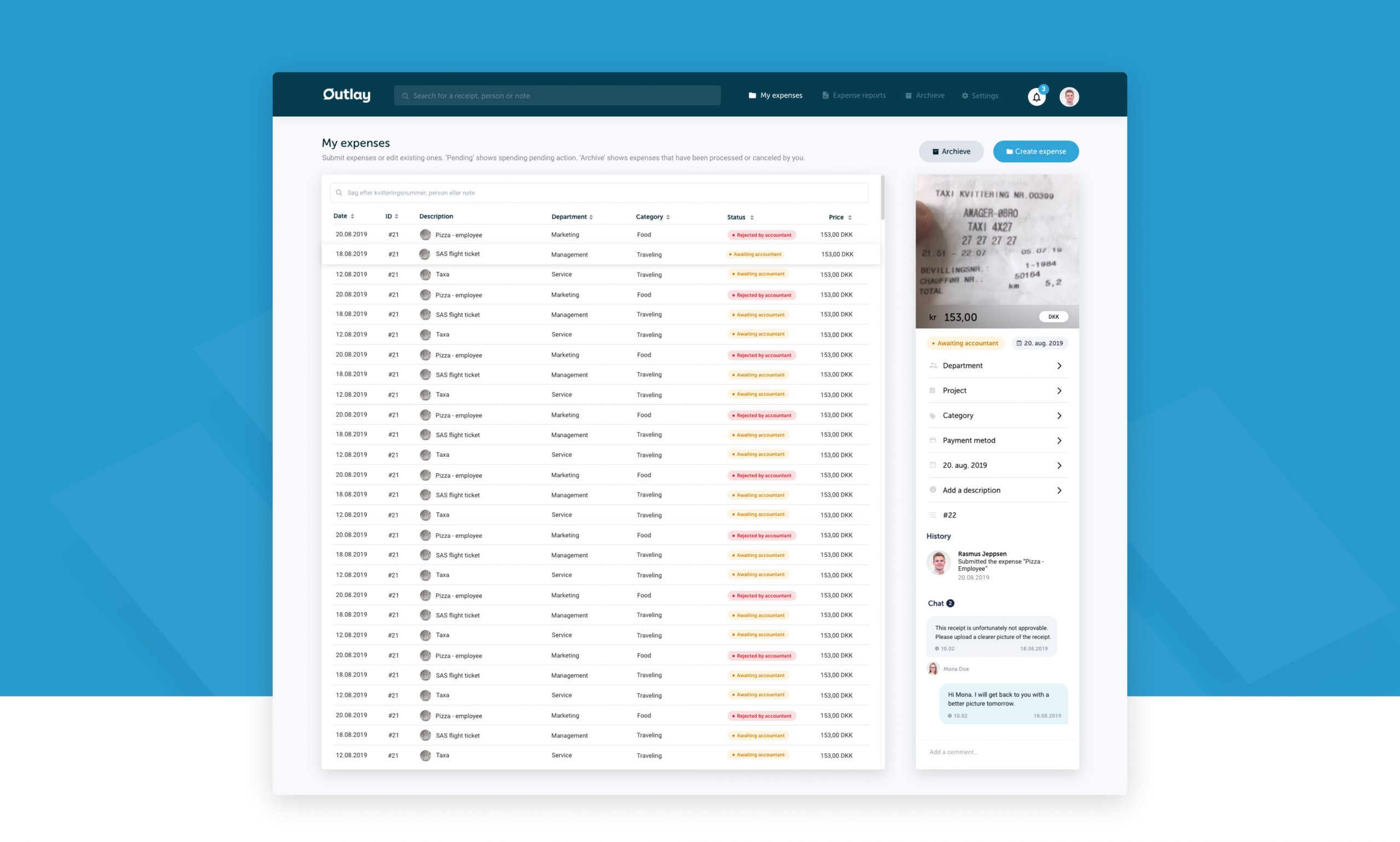 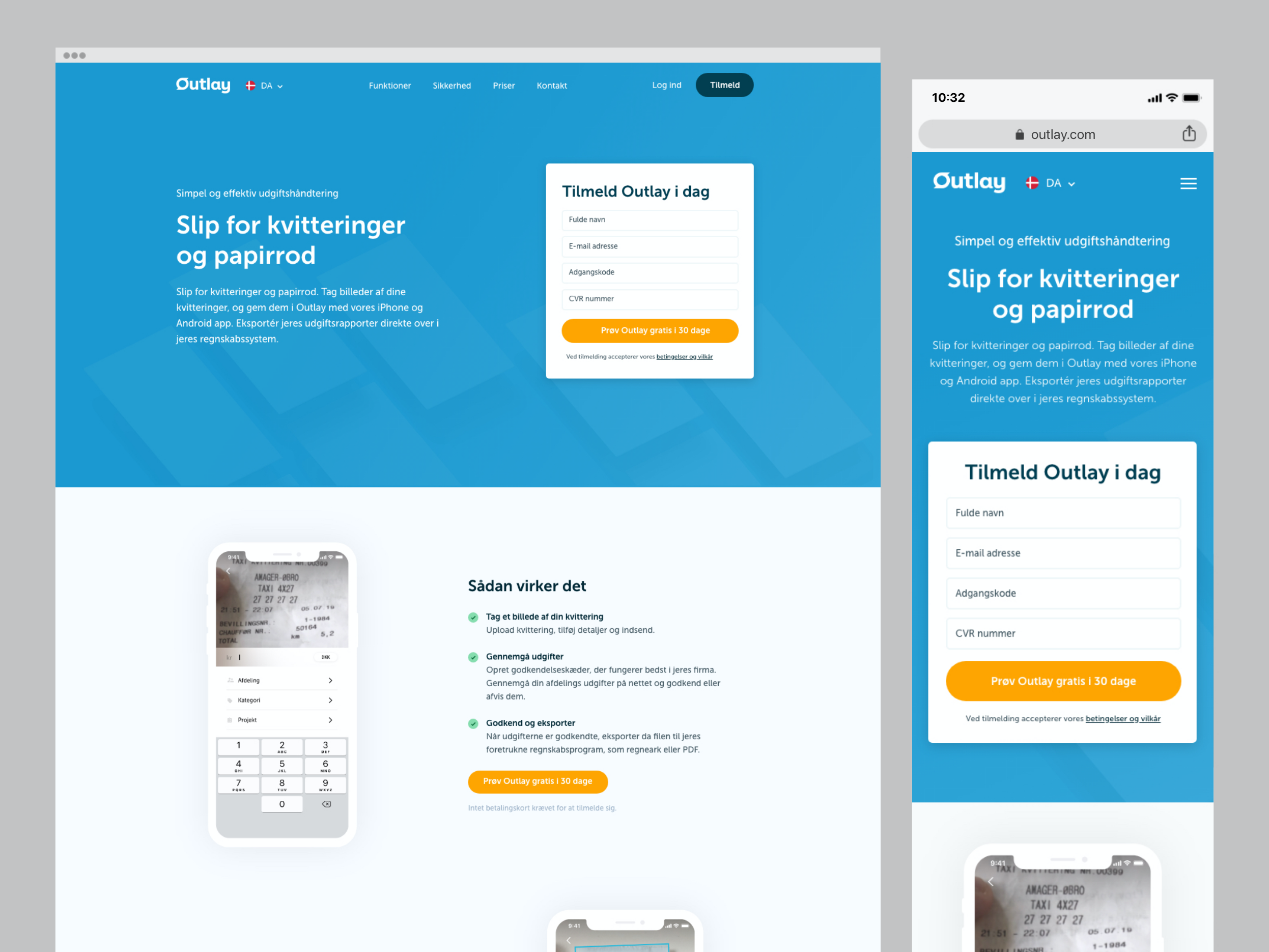