UX/UI redesign and rebranding of the biggest esport tournament organizer in Denmark, leading to a pre-seed investment by Accelerate.

In June 2020 Leagues.gg reached out to me, as they wanted to build an entirely new platform with a focus on scalability, statistics, and much more flexibility for the teams and organizations on their platform. And so we did.

In close cooperation with stakeholders at Leagues.gg, I have been leading the redesign and rebranding of the Leagues.gg platform all the way from the sketching and prototyping phase to designing the interface pixel by pixel.‍

– After the redesign, Leagues has received a pre-seed investment of 1,5M DKK from Accelerate (September, 2021).
– Over 200% year-on-year revenue growth.
– Has become the biggest esport platform in Denmark and are well-established in Scandinavia.
– Has worked with brands such as Red Bull, Telia, Steelseries, Hungry and Komplett since the launch of the redesign.
– Got +5.000 active players and coaches on the platform.
– Kept a +200% year-on-year revenue growth since the launch of the redesign. 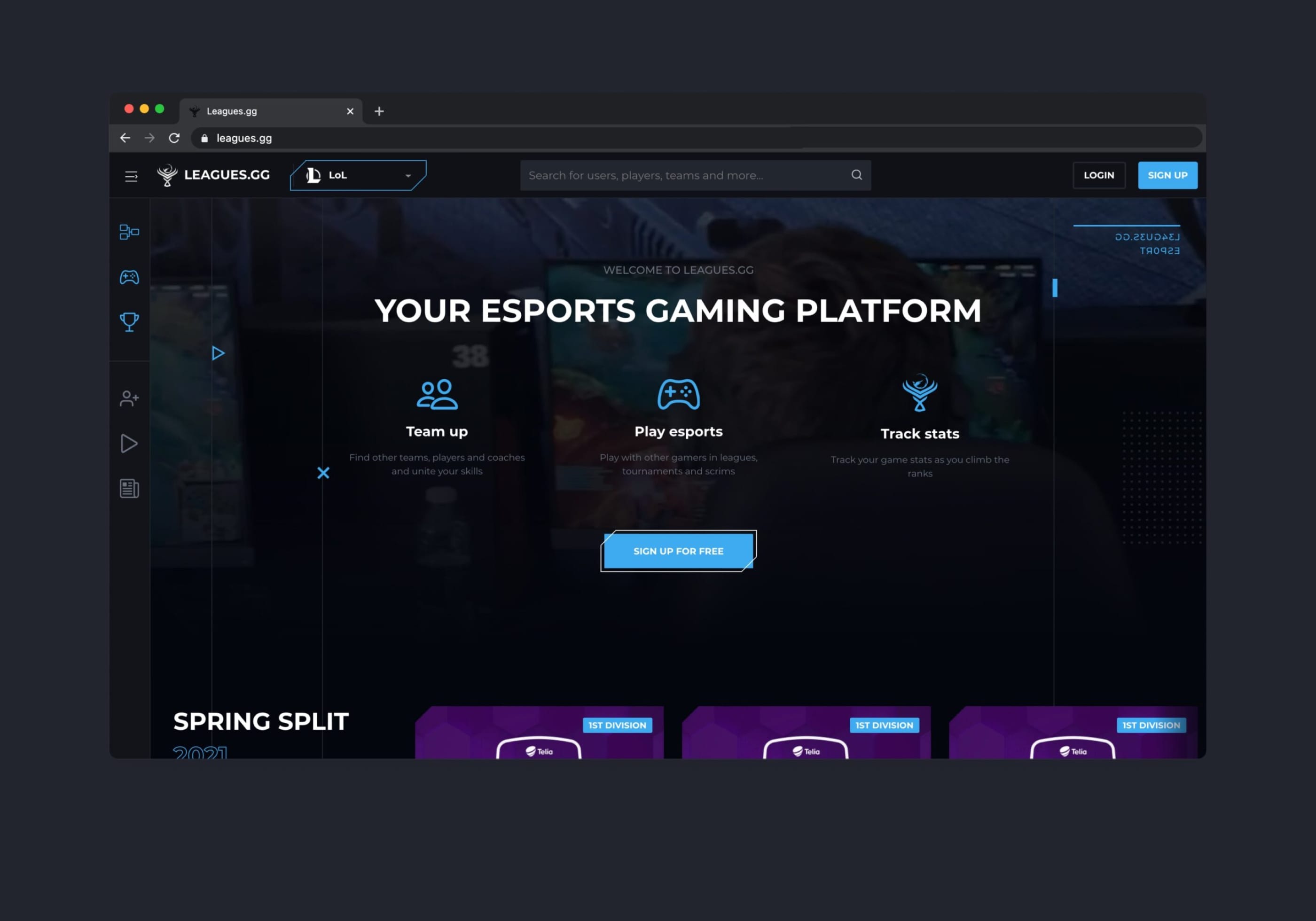 Operating in Denmark, Sweden, Norway, Finland and Russia, Leagues.gg has millions of viewers and thousands of active players attending esport tournaments and leagues every week.

From the platform, players can battle other players in tournaments, leagues and scrims. However, Leagues.gg is not just another esport platform. Leagues.gg has a strong vision of making the esport industry more transparent and manageable for players, teams and organisations. From the Leagues.gg platform, you can find and recruit new players, teams and coaches to join or recruit.

Radical UX/UI redesign and rethinking of their old interface

Continous design of new features as the platform expands

Rebranding with an included style guide 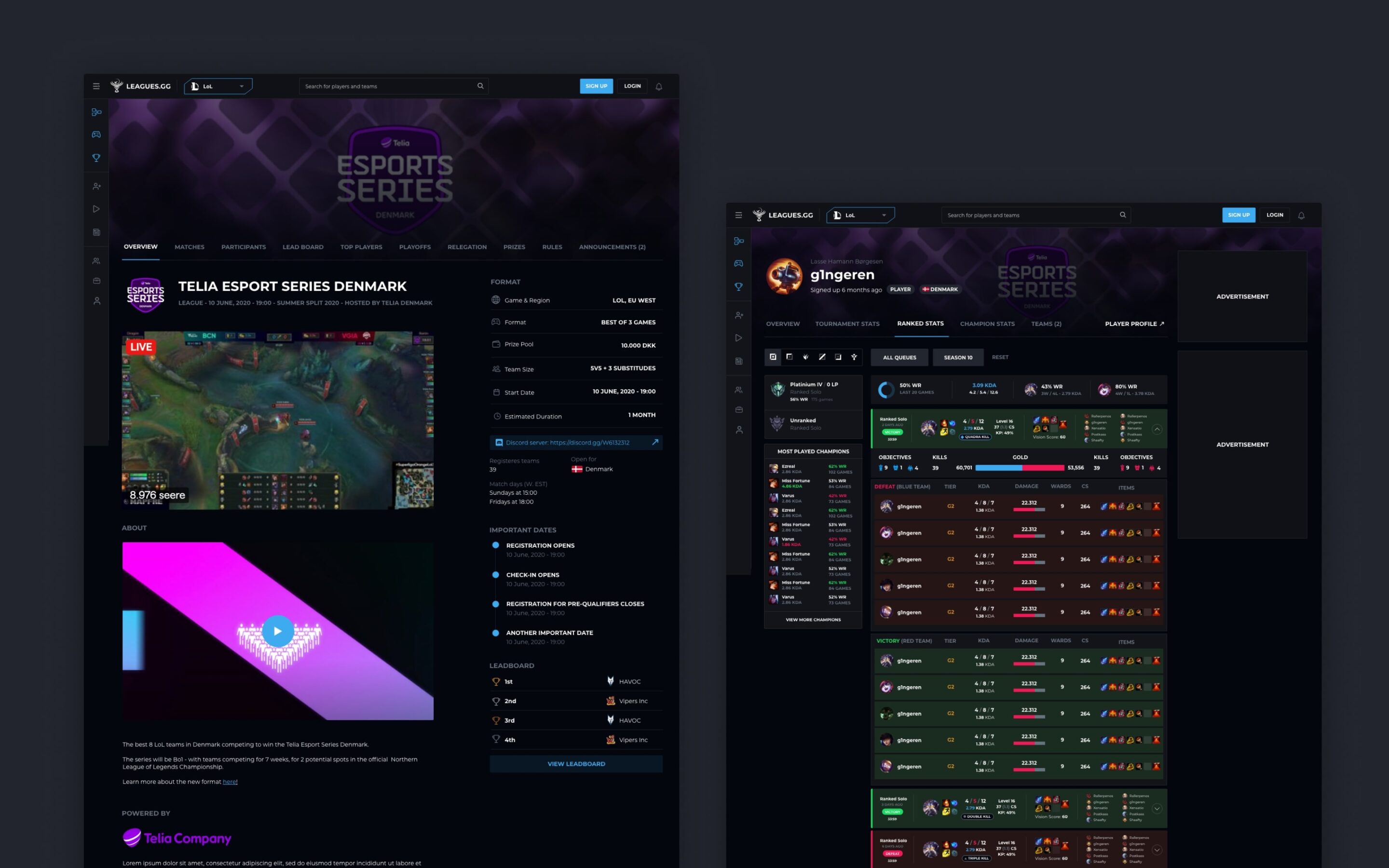 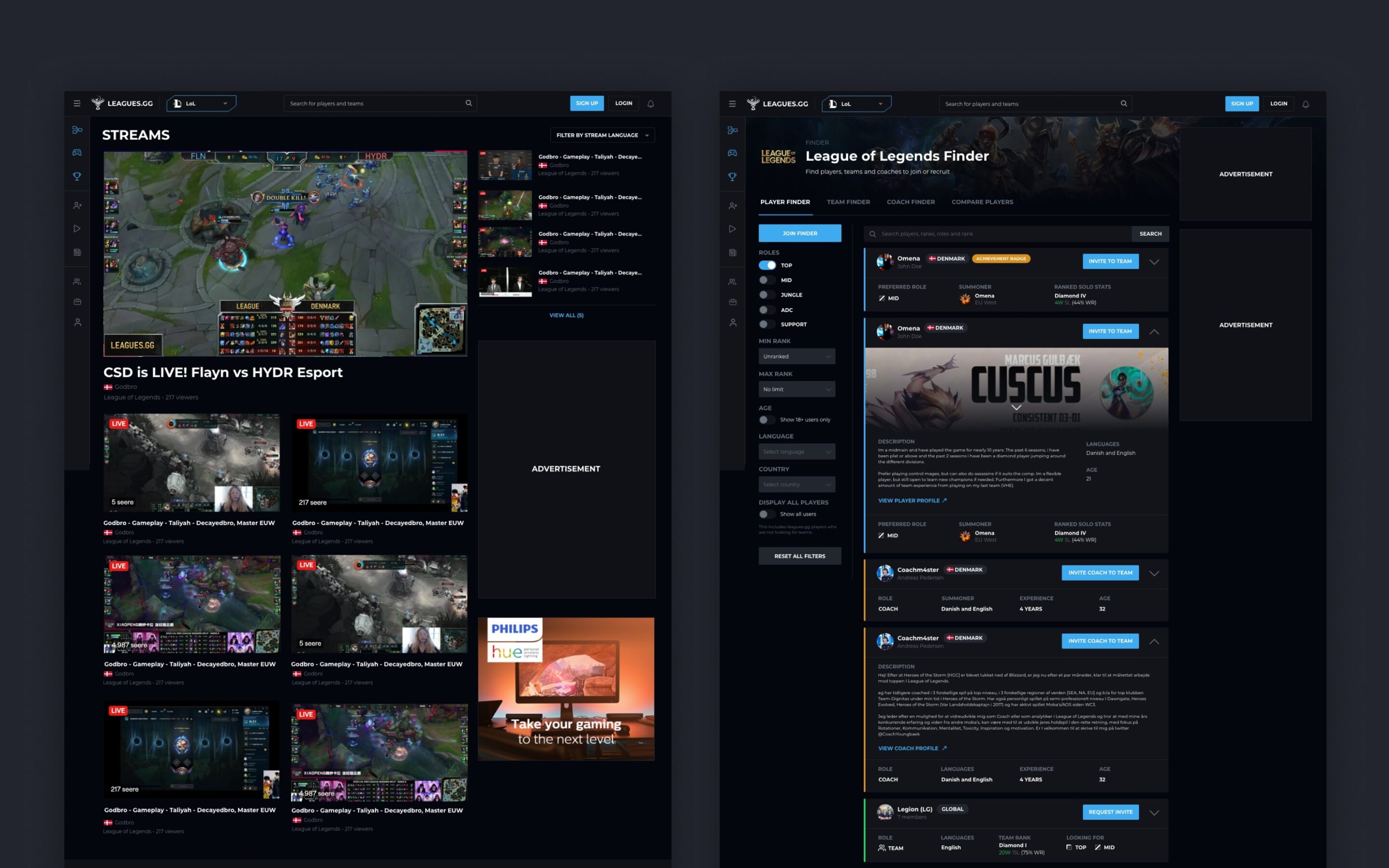 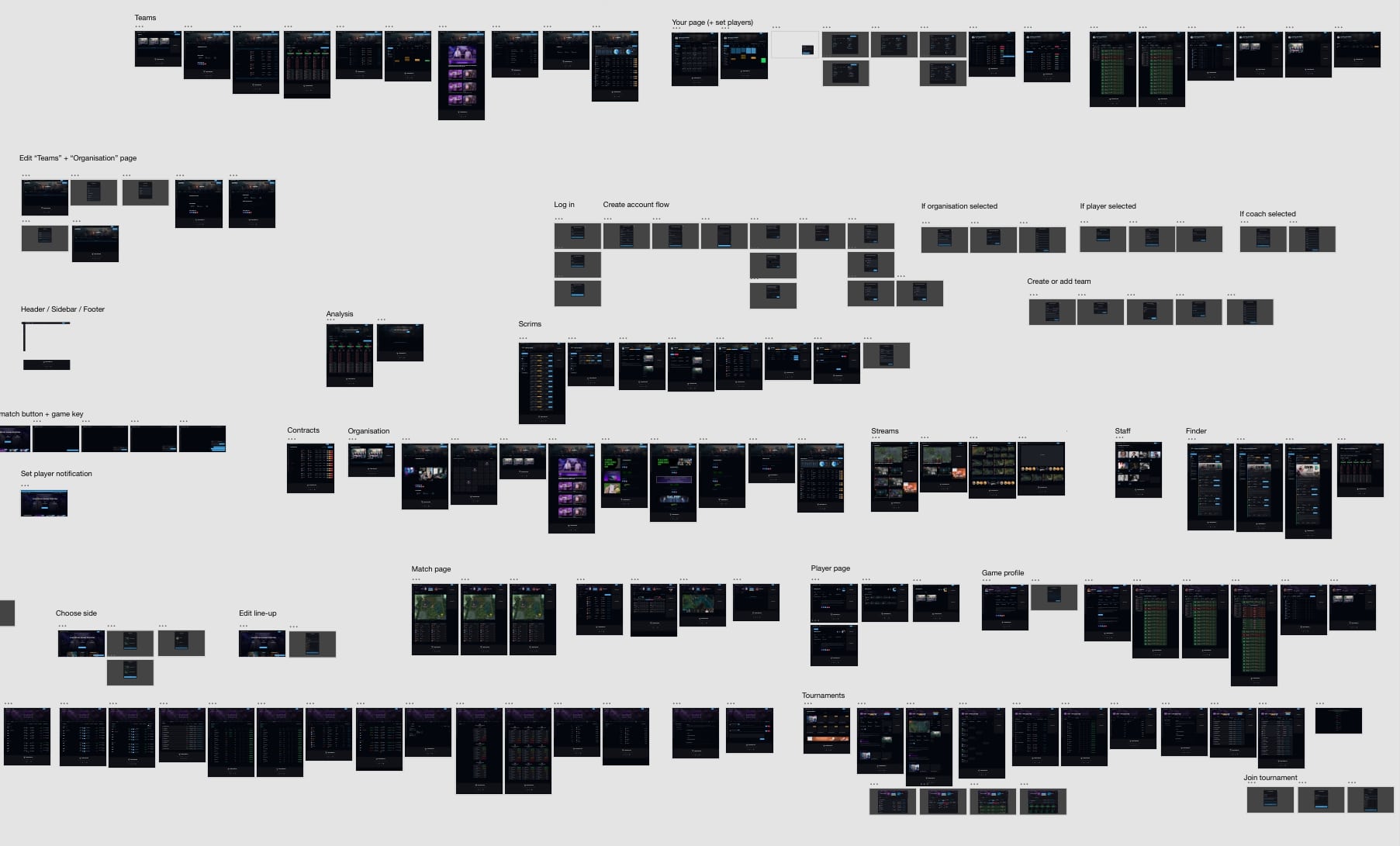